Rajeev Chandrasekhar, Minister of State for Electronics and IT, released Vision Document (Volume-I) on “Increasing India’s Electronics Exports and Share in GVCs”. The report, prepared by ICEA, analyses the challenges and outlines key success factors for increasing electronics exports, while benchmarking against competing nations.

The Vision Document (Volume-I) has been prepared by Indian Cellular and Electronics Association (ICEA) in consultation with the industry. It is a call to action which analyses the challenges and outlines key success factors for increasing electronics exports, while benchmarking against competing nations.

The document focuses on the opportunities and key inputs to increase India’s share in the Global Value Chain and build large-scale manufacturing capabilities to achieve a substantial share in global electronics export. The report by ICEA makes recommendations to increase scale, competitiveness and domestic value addition over the next 1000 days.

“Post-Covid world represents coming together of many things/elements including the renewed confidence under visionary leadership of Prime Minister Narendra Modi, policy making, investments, jobs and a strong preference for trust in Global Value Chains. These together present an unprecedented – never before opportunity for India in electronics sector,” said Chandrasekhar. 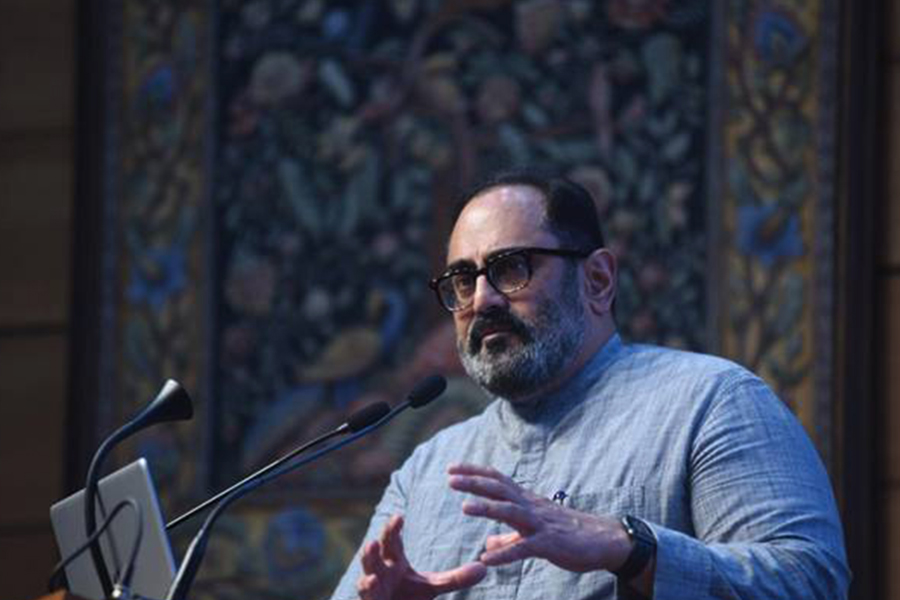 He further said that the industry needs to focus on expanding product categories which can serve new markets and new types of consumers. “We are in a world where hardware plays less role in innovation and software plays more significant role. In this scenario, India has the ability to use its strength in electronics design, systems design along with electronics manufacturing,” the minister said while releasing the vision document.

Commenting on collaboration with industry in realizing the vision, Chandrasekhar said, “We will approach the industry as a partner and will fully support it in its efforts to increase the overall competitiveness of the economy.” He quoted the PM’s speech “Yahi Samay Hai”, signifying the narrow window of opportunity available in the electronics sector.

The push for the ESDM sector is preceded by India emerging as the second largest manufacturer of mobile handsets in the world in volume terms, producing 30 crore handsets (2020-21) as against 6 crore handsets in 2014-15. Over 200 units are manufacturing cellular mobile phones and parts in the country which is up from only 2 units in 2014. Production of mobile handsets has grown from INR 19,000 crore in 2014-15 to INR 2,20,000 crore in 2020-21. This has given a significant boost to the sector and to the vision of achieving self-reliance under the Atma Nirbhar Bharat.

MeitY Secretary Ajay Sawhney, briefing the media about the vision document, said that despite the very serious nature of the pandemic and the impact it had across all the industries, India was able to maintain its overall production at $75 billion in 2021 and aims to reach $250 billion in five years, with a CAGR of 27%. “And that is where we need to now revisit and reassess what we are attempting to do, how do we change our course? What do we do differently, to be able to sustain this level of growth,” said Sawhney.

The Vision Document is the first of a two-part series. The second volume will present product-wise strategies and forecasts as part of the campaign to build a US$1 trillion Digital Economy, in pursuit of reaching US$5 trillion GDP.

“We need tactical and strategic steps for each product line to build India’s competitiveness to meet the PM’s vision. Government and industry need to collaborate seamlessly in this effort without wasting a minute. We know the issues and the solutions. It’s time to implement,” said Pankaj Mohindroo, Chairman, ICEA, while making his opening remarks at the event.

The report critically analyses the impact of tariffs on inputs on India’s competitiveness, and makes specific recommendations in view of the goals set by the Prime Minister. The Vision Document also emphasises on the strategies to build Domestic Champions and the need for linking their products with Lead Firms and GVCs.

It seeks to protect Domestic Champions from unfair trade practices, while requesting policy support in the areas of financing and design development. It identifies key electronic products, namely mobile phones, IT hardware, hearables / wearables etc, which provide the highest potential for exports, in view of massive global demand for these products.

The release ceremony was attended by a wide spectrum of people from the industry and industry associations, MeitY, academia amongst others. A presentation on the vision document was given by Dr Harsh Vardhan, Chairman, IKDHWAJ Advisers LLP. Remarks were also given by Hari Om Rai, CMD, Lava Mobiles, and Virat Bhatia, Chairman FICCI National Committee on ICT and Mobile Manufacturing.