Battlegrounds Mobile India: Is it the Reincarnation of PUBG Mobile?

The gaming industry is abuzz with the localised version of PUBG Mobile, called Battlegrounds Mobile India, which received 7.6 million pre-registrations on its opening day and 20 million in two weeks. While millions of gamers are keenly waiting for the game to be rolled out, little did they know about the new privacy policy, which is perhaps one of the several changes the company had to incorporate to make Battlegrounds Mobile India available to the Indian audience.

In September last year, PUBG Mobile, which was then published in India by Chinese internet giant Tencent, was banned along with several other Chinese apps amid a prolonged border standoff between the two Asian neighbours. According to Sensor Tower, India accounted for 180 million downloads out of its 752 million global downloads at the time of the ban last year. Not only PUBG Mobile was the highest grosser last year, but it was also bringing huge profits in both the esports and professional gaming industries, thanks to sponsored tournaments and events. 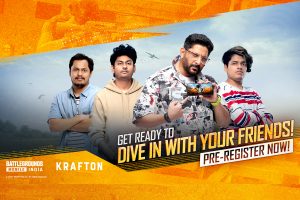 Krafton Inc., the South Korean maker of PUBG, recently announced the date for pre-registrations of the game’s Indian version – Battlegrounds Mobile India, marking its exclusive launch in the country. Battlegrounds Mobile opened registrations on May 18 on the Google Play Store before the launch. Exclusively designed for Indian players, the game offers specific rewards on pre-registration which can be claimed after the official launch, which is speculated to be this month only.

Interestingly, this time the rules will be a bit strict for game lovers under the age of 18. To play the Battleground Mobile India game, they will need the permission of their parents. Not only permission, but the gamers below 18 years will also be asked to provide phone number of their parents. According to its terms of use, parents or guardians who feel that their child has provided personal information without their consent can contact the developers and request for the information to be deleted from the database. 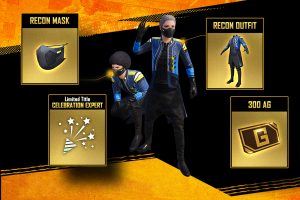 There is also a time limit for underage gamers, who will not be able to play Battlegrounds Mobile India for more than 3 hours a day. This move is aimed at preventing them from playing the game. However, it is unclear how the game’s administrators will confirm a user’s age or enforce the time limits. Likewise, for purchasing in-game cosmetics, they will only be able to spend Rs 7,000 and not more than that. Further, the new Indian version of the game will not feature any blood effects.

Besides, special care has been taken of data security and privacy in Battlegrounds Mobile India. In the privacy policy available on Battlegrounds Mobile India’s official website, Krafton revealed that personal information and data will be stored on the game servers, which will be located in India and Singapore. “With privacy and data security being a top priority, Krafton will be working with partners, to ensure data protection and security, at each stage. This will ensure privacy rights are respected, and all data collection and storage will be in full compliance with all applicable laws and regulations in India and for players here,” they said. In the event of a data transfer to another country or region, appropriate steps will be taken to ensure that players’ information receives the same level of protection as if it remained in India.

Meanwhile, the gaming fraternity in India has welcomed this development. It will be a multi-player game meant for mobile phones. Krafton has already said that the Battlegrounds Mobile India will have its own esports ecosystem in the country, including tournaments and leagues. The exclusive game will further boost the growing esports space in India benefitting multiple stakeholders, including gamers, esports platforms as well as content creators. 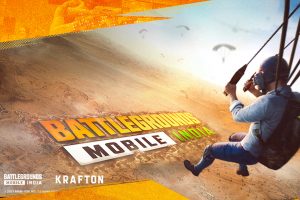 With the launch of pre-registration creating quite a buzz among the esports community in India, Abhishek Aggarwal, Co-Founder and CEO, Trinity Gaming, India’s top gaming talent management company, is of the opinion that the formation of a strong foundation of the Indian gaming industry has begun. After waiting for so long, the countdown for pre-registrations finally comes to an end and a new countdown for the game launch begins, says Aggarwal.

With no live sports taking place, this launch has come at an opportune time, believes Lokesh Suji, Director, Esports Federation of India and Vice President, Asian Esports Federation. Suji says, “The wave of excitement in the Indian esports market is palatable and the excitement levels have gone up by notches ensuring the gamers will soon be able to enjoy the familiar adrenaline rush again with Battlegrounds Mobile India. All thanks to Krafton Inc., as they took the initiative to curate a game that was missed by the Indian gamers. This development surely ensures to boost the Indian esports ecosystem and will fuel our ambition to become the esports powerhouse.”

This is big, says Tarun Gupta, Founder, Ultimate Battle, an esports platform. “The whole gaming community was anticipating that it would soon happen and here we are with the pre-registrations open inviting all the gamers out there. We are also preparing ourselves and gearing up for the best ever matches to come as Ultimate Battle will be including Battlegrounds Mobile India in our ‘All India Esports League’ and we hope it will shoot up among the players. This announcement is wholeheartedly welcomed and we hope to soon get our hands on it,” states Gupta.

Saumya Singh Rathore, Co-Founder, WinZO Games, elucidates, “PUBG was one of the most loved and popular games among the Indian gamers. We had partnered with Tencent to host the esports tournaments of PUBG before it was restricted in India. Our players experienced a big vacuum that is still felt to some extent. We are very excited with the news and this brings a great global asset back for the audience in India. The green flag given by the Government of India acknowledges the massive potential the gaming sector holds in uplifting the economy and creating additional employment opportunities.”

Krafton has released a new trailer which is actually the continuation of the past teaser of PUBG Mobile India which is no longer available. In the current video, we can see Chetan Chandgude aka Kronten Gaming, Jonathan Amaral aka TSMentJONATHAN and Adii Sawant aka Dynamo Gaming whiling away their time and being sad until Bollywood actor Arshad Warsi enters and says, “Batllegrounds Mobile India is here”. On hearing this news, the players finally jump with excitement. In the video, it is also revealed that players will receive rewards like Recon Outfit, Recon Mask, Celebration Expert and 300AG. 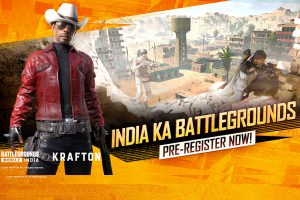 Chetan Chandgude aka Kronten Gaming says, “We have been waiting for this, for quite a long time, and we are too excited to get the experience of playing Battlegrounds Mobile India really soon. With the whole community looking forward to the exclusive version, our expectations are high. It is interesting that it is not only the gamers community but even people, in general, are curious about how big this will be in the world of esports. Also, this game will surely fuel the content creators’ community and we will surely witness more and new influencers coming out of this game. I sincerely hope, the virtual world created by Krafton with the new elements makes gaming more adventurous and fun.”

Sharing almost similar opinion, Jonathan Amaral aka TSMentJONATHAN says, “The journey from becoming a gamer to an influencer has just begun and it will be exciting to see how new gamers will grab this opportunity. The content creator community and esports ecosystem will get the much-needed acceleration in their respective fields with this exclusive game by Krafton. We will also see many high prize pool tournaments coming after the launch of this game.”

Likewise, Adii Sawant aka Dynamo Gaming says, “New challenges, new content, new gamers and new hope for the Indian gaming industry are waiting. We will provide our audience with the best gaming experience with the upcoming game. We are all set for the amazing journey ahead. Waiting for budding creators to step in the world of gaming with Battlegrounds Mobile India.”

Teasers also suggest that Battlegrounds Mobile India will most likely be using PUBG Mobile maps. A recent teaser pointed to a map that looked like the default PUBG Mobile map but was named ‘Erangle’ instead of Erangel. Previous teasers had also shown maps that look like popular PUBG Mobile maps Sanhok and Miramar. Another teaser released on social media platforms reveal that the Battlegrounds Mobile will offer a backpack to gamers just like PUBG Mobile. The teaser reveals that the battle royale game will include a PUBG Mobile level 3 backpack. In fact, the backpack shown in the latest teaser looks exactly like the one offered in the global version of the game. Backpack is one of the most important in-game items that any battle royale game offers. It is used to collect weapons and other items safely. 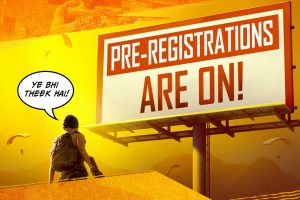 “Within a few hours of the launch of the first teaser on their official YouTube channel, it saw 20M+ organic views. This is only a teaser into the kind of traction the arrival of the game will experience once it is launched in the country. The multiplayer game has been further personalized and designed as an Indian Avatar of the original game offering a world-class multiplayer game. We at WinZO are exhilarated by this relaunch and will be closely monitoring the following announcements,” says Saumya.

The size of Battlegrounds Mobile India is said to be much smaller than that of PUBG Mobile. While the size of the PUBG Mobile file was close to 1GB, the size of the Battlegrounds Mobile India file is around 610 MB. Additionally, there are chances that the game won’t support cross-server matchmaking, since it is an India-specific one and doesn’t fall under the PUBG Mobile universe. This means that people will be able to conduct matches with other people from India only. Their data will also be stored on the Indian servers.

Such is the craze of this game catching up that on June 3, within a span of two weeks, around 20 million users had pre-registered for the upcoming online multiplayer battle royale game, Krafton revealed. According to the firm, Battlegrounds Mobile India had recorded 7.6 million pre-registrations on its opening day alone. 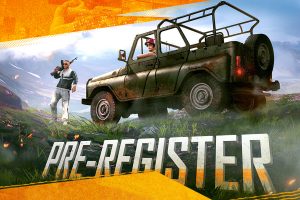 “We would like to express our sincere gratitude to our Indian fans for their overwhelming response to the Battlegrounds IP, first developed by me and my team in 2017,” said CH Kim, CEO of Krafton. “The Battlegrounds IP received love and acclaim from players worldwide, and Krafton will continue to build on the IP. That effort includes bringing amazing content to Battlegrounds Mobile India, and providing an incomparable battle royale experience to our players,” he added.

With this announcement, the entire gaming fraternity is celebrating, right from fans to gamers to the esports industry. While the official dates are yet to be revealed, the industry speculates that the game might launch on June 18.