Amid the ongoing second wave of pandemic, several Bollywood and television biggies are doing their bit to help their fans keep entertained and pass their time in a positive midframe this lockdown. From renowned actors like Sharad Kelkar, Shakti Kapoor, Bhagyashree, Mahima Chaudhary to Rahul Dev and others have been utilising their idle time to interact and connect with their fans directly and more meaningfully through the new-age mobile platform called Celebfie.

Celebfie is a marketplace where fans and brands can seamlessly connect with their choicest celebrities from different verticals like Bollywood, Music, TV, Sports and even Authors and Chefs for any requests by just a click on the mobile app. As of now, Celebfie is close to having 300+ carefully chosen celebrities to be part of their “500 premium celeb club”, with many more exciting regional, national and even international celebrity names in the pipeline.

The celebrities have been curating exclusive content for fans on their ‘Celebfie Micro Channels’, which fans and brands can subscribe too for not just the content, but to directly interact with the celebrity and much more. 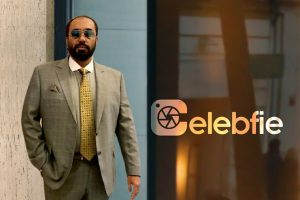 “I am very happy to join this new platform Celebfie and to be receiving such a warm welcome from the audience. The platform is doing a great job by letting celebrities on board to showcase their creative content and building strong bonds with the fans,” said Shakti Kapoor.

Meanwhile, fitness freak Vindu Dara Singh is thrilled with the kind of response he has been getting on Celebfie. The actor said, “I always wanted to be a part of a platform that actually bridges the gap between celebs and their fans. And guess what, I have got my hands on Celebfie, a perfect blend of all. The kind of options they provide including brand endorsements, promotional video bytes, etc. is an added advantage.”

“We are enabling our celebrity partners to curate more meaningful, entertaining and exclusive content for their fans and will also be digitally promoting multiple artists who had to compulsively slowdown in these tough times. This pandemic has shown us that when every industry may be forced to slow down, digital has not only survived but thrived, so adapting to this new way of doing business is extremely beneficial, this for sure is the best and a must way forward,” said Raminder Singh, Founder and CEO, Celebfie.

Meanwhile, there is a long list of TV celebs too who have already joined the platform and have motivated a lot of their fans to join Celebfie. Sharad Malhotra, Helly Shah, Shubhangi Atre, Kishwer Merchant, Shekhar Suman, Natasha Suri, Sonu Kakkar, Sana Saeed, Shazahn Padamsee, Raju Srivastava and Apara Mehta are among others.

The fans can now subscribe to directly get access to exclusive BTS, unknown or lesser-known insides of their favourite celebs on Celebfie Micro Channel.

Instagram has become one of the popular social media...
Read more

Xiaomi is all set to unveil its next flagship...