The Predator Helios 500 is specially designed for the hardcore gaming enthusiast who demand fast-paced, skill-based matches against other players. Starting at just Rs 3,79,999 this beast of a machine can tackle most of the graphically demanding games out there.

Sudhir Goel, Chief Business Officer, Acer India said, “With new advances in the industry, gamers today demand life-like gaming experience both in terms of sound and graphics. At Acer, we are constantly work towards elevating their experience and design products that are geared to thrill. We are elated to introduce the new powerful Predator Helios 500 to our Indian gaming community and provide desktop caliber performance with seamless and immersive gaming action.”

Take a look inside

The Predator Helios 500 (PH517-52) boasts up to an overclockable 11th Gen Intel Core i9 processor, NVIDIA GeForce RTX 3080 Laptop GPU and 64 GB of DDR4 3200 MHz memory, giving players more than enough power to take on all of the latest titles, while a pair of PCIe NVMe SSDs in RAID 0 and one SATAHDD means that the notebook has plenty of space for the next generation of games, too. 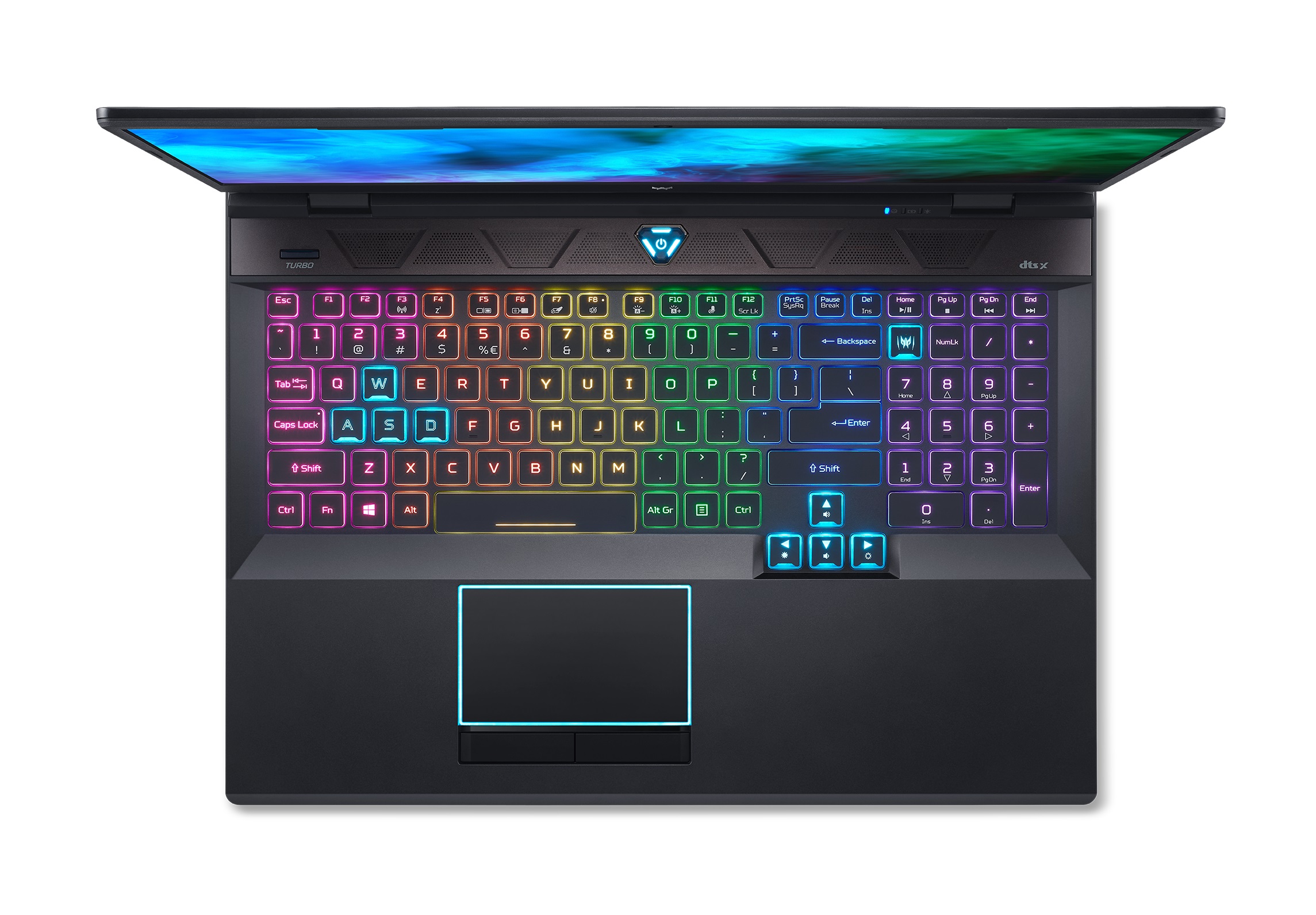 All of this power is supported by a suite of premium cooling technology, including Acer PowerGem, a custom-engineered technology made from a metal-alloy polymer that sits on top of the CPU and serves to distribute the heat it generates throughout the device. Acer’s Vortex Flow technology leverages two fans, including a 5th Gen AeroBlade 3D Fan, to redirect airflow to critical components and boost performance during heavy gaming sessions.

It features a 17.3-inch display with 4K Mini LED 120 Hz powered by AUO AmLED technology that supports Full-array local dimming for the best color saturation and contrast. The HDR comes alive as the 512 backlight zones make it possible to reach VESA’s DisplayHDR 1000 specification. Games, movies, and whatever’s on-screen – all benefit from OLED-like levels of contrast and brightness.

All lit up with new WASD 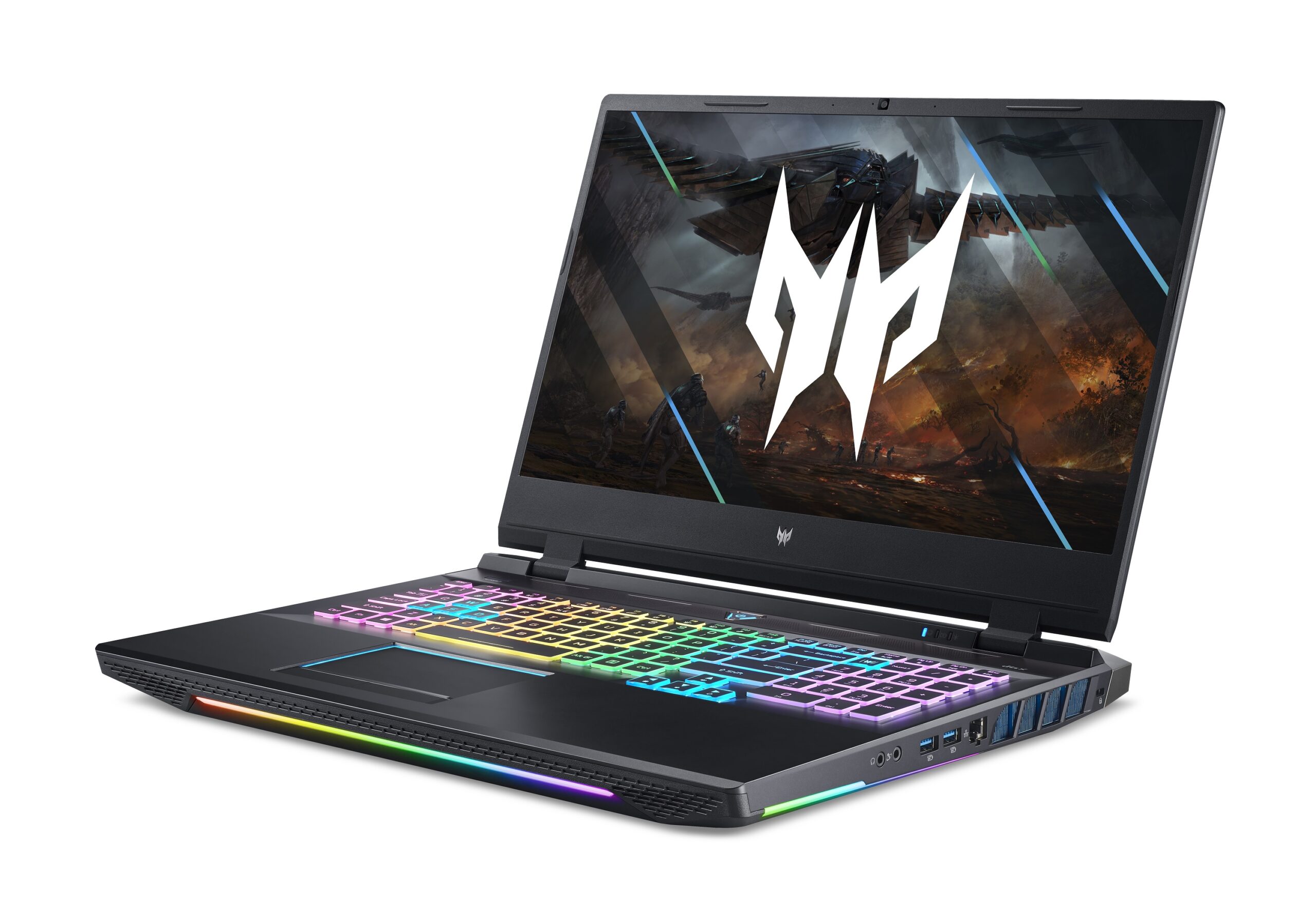 With PredatorSense, users can activate the Predator Pulsar and customize the light cluster to personalize their keyboard through per-key RGB backlighting. In addition, the WASD key assembly can be enhanced with Acer’s patented MagForce keys, both of which feature a MagTek mechanical switch to turn the keypress function into a joystick mechanism. This allows gamers to gradually increase pressure on the key for precise control over the character’s / car’s speed – from the intial (0.8 mm), press all the way to full speed at 100% (3 / 3.1 mm) actuation.

With four modes to choose from Quiet, Default, Extreme, and Turbo, the custom utility app allows users to monitor the system, overclock, customize RGB preferences, and much more. All this is within a personalized, intuitive interface geared around maximising your system’s potential.

Turn any pair of headphones or speakers into a high-end 360° surround sound system – enabling users to experience favourite movies, music, and games with real-world spatial sound.

Jumpstart the eSports journey and climb the tiers through matchmaking, honing skills via intelligent game stats, and taking part in leagues and tournaments.

Predator Helios 500 will be available on Acer online Store, Acer Exclusive stores and other authorized retail stores starting from Rs 3,79,999.