Xiaomi 11i 5G Review: A solid performer that’s worth being considered

We have just got the new Xiaomi 11i, which has a whole bunch of features and is a substantial upgrade to last year’s Mi 10i, most notably its design, fast charging, and AMOLED display. But is this phone just about fast charging? Is it a good device overall? Is it a good upgrade to the Mi 10i? Here’s what we have to say about Xiaomi 11i 5G in this review.

When you open the box, you get the SIM ejector tool, manual and a transparent soft gel phone case with the one common at the back. Then, we have our handset Xiaomi 11i 5G. It includes the 67W turbo charger along with the USB Type-C cable. Just to remind you guys, the Xiaomi 11i 5G has 5,160mAh battery and you can charge over half of it in just 15 minutes, which is amazing.

The Xiaomi 11i 5G is a large phone and has a boxy design – you will like it if you have used iPhone or Reno series. The grip is very good as the corners are rounded, so they don’t dig into your palms. I personally have a good experience in holding it. It feels great in the hands, and looks premium. Although, it is a bit heavy smartphone, which weighs around 208 grams. If you want the lighter phone, which is around 170-180 gram – like Realme GT Master Edition or Motorola Edge 20, then maybe you will be disappointed.

It has a side-mounted fingerprint scanner embedded on the power button. Volume buttons are next to it. On the top, you get a speaker, which is JBL audio and mind it, it’s awesome. There’s a headphone jack and IR blaster on the top as well. In the bottom, you get a speaker, a triple-slot 5G SIM tray with a dedicated microSD card slot, and USB type charging. There’s nothing on the left side.

The backside has a protruding triple camera setup on the top left side, unlike the Mi 10i which used the center. There’s Xiaomi 5G branding at the bottom and it offers an IP53 rating which means the phone is water-resistant. I have got the Pacific Pearl colour with me, but you can also choose from the Camo Green, Stealth Black, and Purple Mist colour options.

I found its display really cool. For a screen, we have a very colourful and beautiful formulated 6.67-inches AMOLED display protected with Gorilla Glass. It has a full HD+ resolution, a pick brightness of 1200 nits, and 360 Hz touch sampling rate. The colours and details are impeccable. You can say it is exactly the same display that you got in Redmi Note 10 Pro and Pro Max. The display is bright and very sharp and if I compare it with other devices of the same range, it beats them all. With this, support of 120 Hz refresh rate is given, which is again perfect. And something you get here that many other mid-rangers don’t provide is protection against water and dust. Xiaomi 11i is certified with IP53 splash proof for image quality.

In terms of memory, the Xiaomi 11i offers 6GB of RAM and 128GB of storage for the base model, and there’s an 8GB model that also has 128GB of storage. There’s no 256GB variant, and I feel like that’s an omission considering other mid-range phones are configurable with additional storage and memory.

You get MIUI 12.5 – still based on Android 11, while some new smartphones have already moved to the new Android 12 operating system. Xiaomi should have launched with Android 12 but this is what it is now.

One more amazing feature of the Xiaomi 11i is its speaker. Here two speakers are present – one is exactly on the top. Generally, it comes in the earpiece grill, but here it is on top and on the bottom as well. Speakers are very loud. You can consider it the loudest speaker of this price segment.

Here triple camera setup is given in Xiaomi 11i 5G. It comes with 108-megapixel as the main camera utilizing the Samsung HM2 sensor while the other two cameras are – 8-megapixel ultra-wide-angle and a macro camera. The selfie camera on the front side of the smartphone is 16-megapixel.

The 108-megapixel primary sensor captures pretty good pictures in well-lit conditions. In the daylight full of bright sunshine, you will see some gorgeous looking pictures with lots of details and good sharpness. Most of the photographs that I took, I found the colours mostly accurate, and there is ample resolved detail. The larger size of the sensor clicks awesome close-ups and helps in improving low-light performance as well, even when you don’t use night mode. 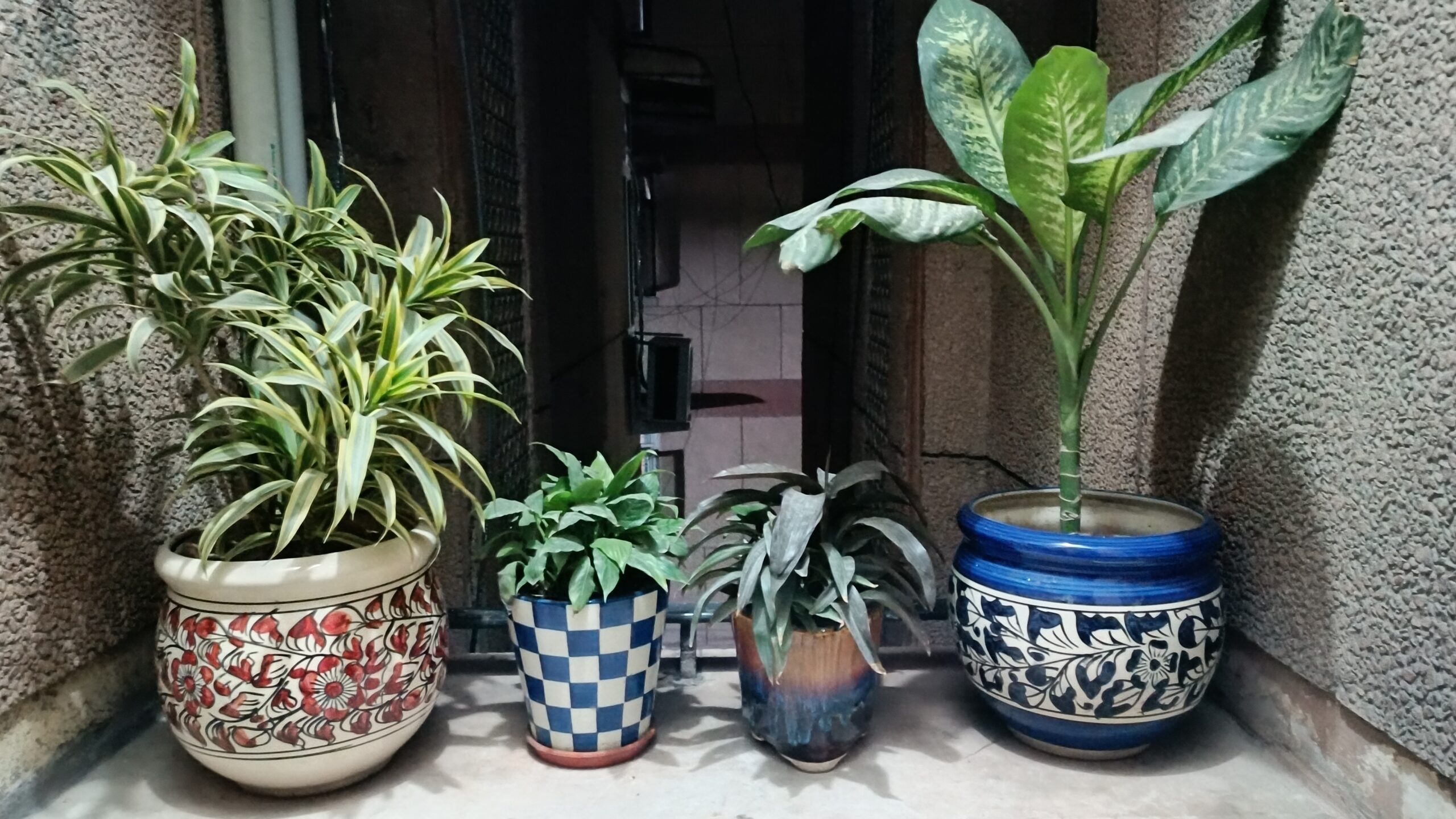 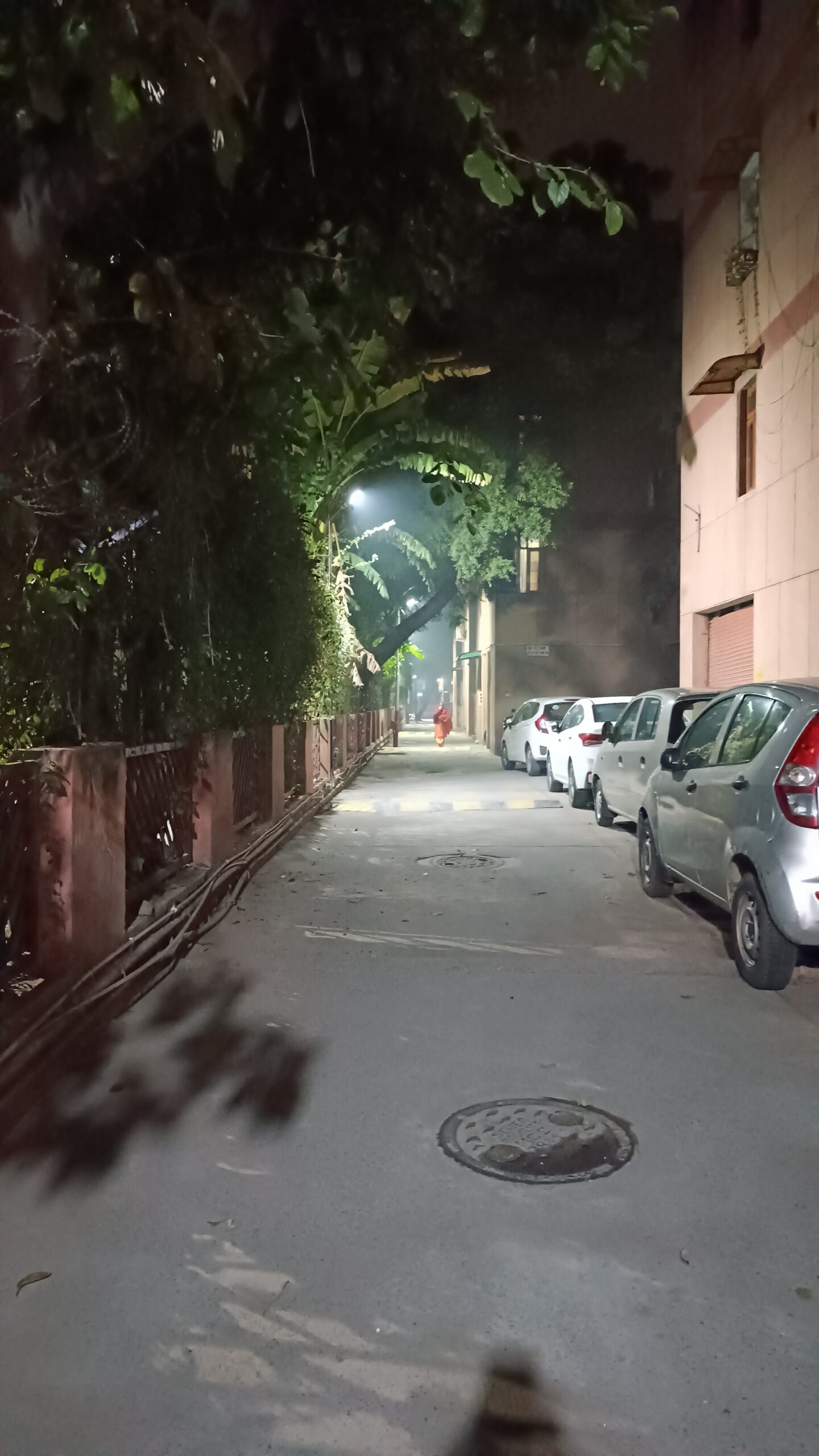 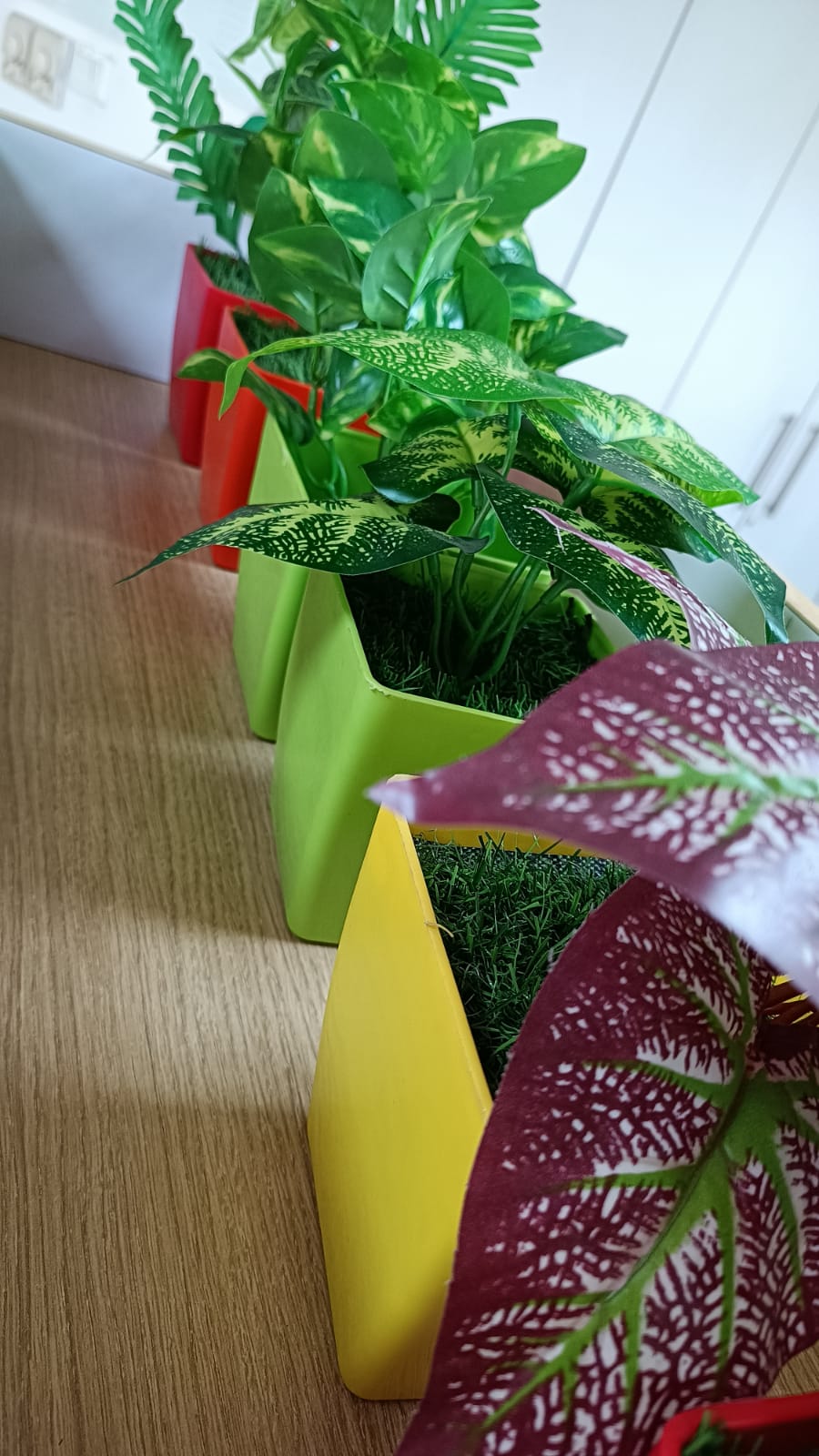 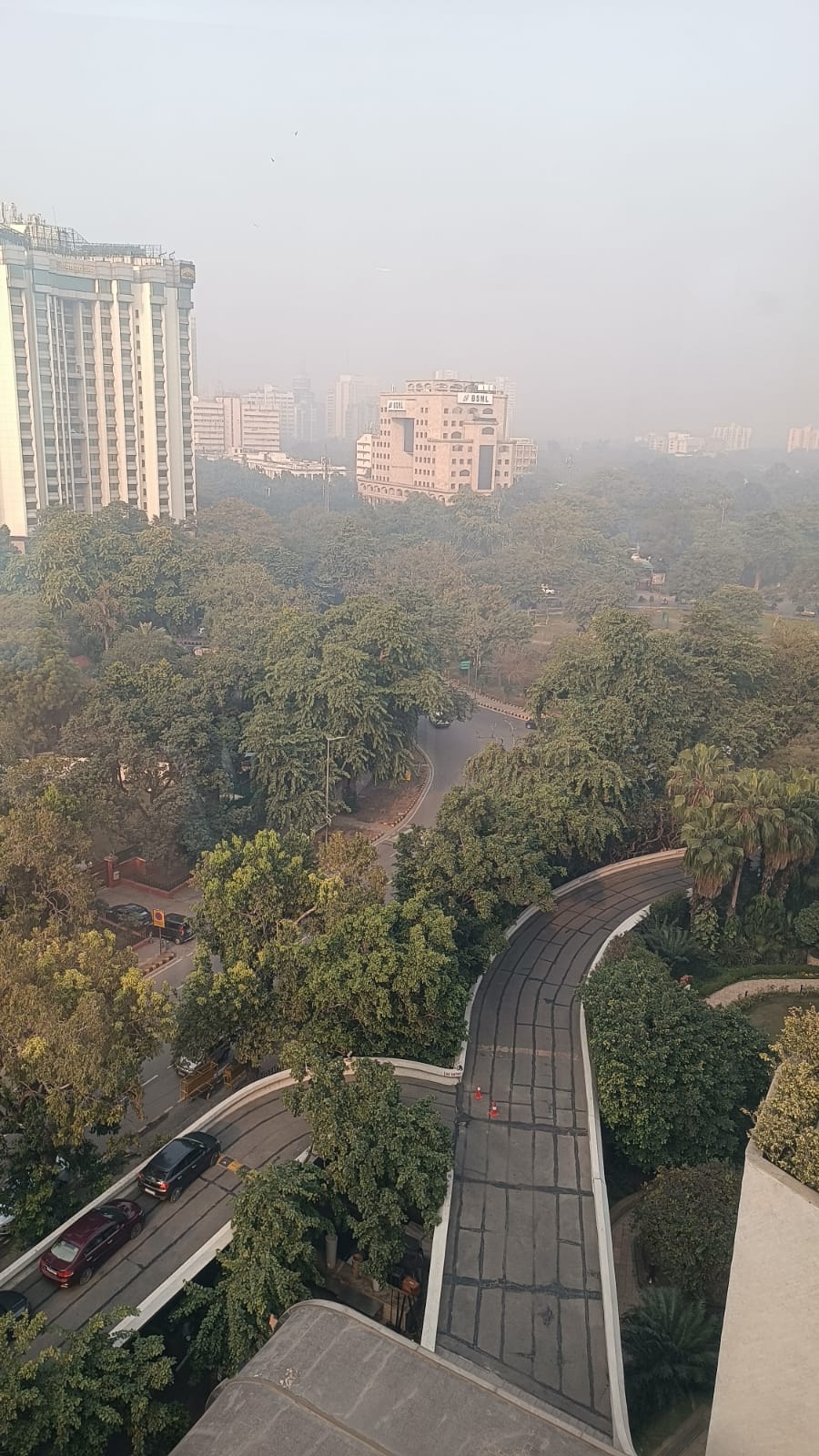 Let’s talk about the selfie camera, here 16-megapixel camera at the front is given. Photographs are okay. But the best thing is that you can record video up to 1080p 60FPS, which is quite good. If you make Instagram reels or Facebook videos, you will get more frames in slow motion. Selfie videos are good. If we talk about the rear camera, you can shoot video up to 4k 30 fps which is okay. One more good part is, which is again, I think comes in Redmi devices – you can shoot macro videos also.

One of the surprising things about Xiaomi 11i is its fast charging, capped at 67W. The phone packs a 5,160 mAh battery that lasts longer than its predecessor. It is claimed to charge up to 50 percent in just 15 minutes. I have used the phone heavily for two days and still eight percent battery left at the end of the day. This way I guess you can easily use it for 2-2.5 days.

Still, if you want even faster charging support. Consider going for Xiaomi 11i HyperCharge that comes with 120W fast charging beast. It is claimed to charge to 100 percent in about 15 minutes.

The price of Xiaomi 11i 5G in India is starting from Rs 22,499, but it also got some offers. With bank offers, users can purchase the newly launched device at an additional cashback of up to Rs 2,500, coupled with a special introductory New Year offer of Rs 1,500. In addition, existing Redmi Note users can avail extra Rs 4,000 on exchange of their smartphones. It is available on mi.com, Mi Home stores, Flipkart, and other offline retail outlets.

There are very few flaws in Xiaomi 11i. The phone has a 120 Hz AMOLED display, a 67W fast charging support, faster performance with its new MediaTek Dimensity 920 5G octa-core processor, and dual stereo speakers. You even get water resistance. At the end of the day, the Xiaomi 11i 5G is a great value packed mid ranger phone that can compete with much more expensive devices and it’s definitely worth recommending.

Also Read: TCL 305 launched with Android 11 (Go Edition) and HelioA22- Check out all the details!

Previous articleSamsung rolling out the new security update for these galaxy models
Next articleUnion Budget 2022: Here’s what Industry has to say