Just In
Home /OnePlus 8T Review: The Best till Date by OnePlus

OnePlus 8T holds beautiful eye-catchy looks and the aquamarine color variant which we got to review surely attracts a lot of attention. By changing the angle of light, the color changes from a warm fern green to a cold cyan, and it’s such a dramatic contrast that they appear like two different color choices. The body of the phone is carved out of glass which gives the glossy looks to the phone and at the same time is also prone to smudges. The noticeable design which will grab the attention is the presence of a flat-screen instead of a curved screen which was present in the OnePlus 8. The screen has very slim bezels even the chin of the display is very slim.

The display has an inbuilt fingerprint sensor which is lightning fast in response also there lies a punch hole notch. The phone fits the palm quite comfortably and is easy to use. The rear side of the phone has a rectangular frame which is a new addition in the design of the OnePlus where the frame is carrying the quad-camera setup and dual-LED flash and OnePlus has kept the frame very flat, unlike the bulged frame which we have seen in other phones. The buttons are placed in the usual manner just like the previous phones where at the right side lies the power button and the metallic slider which we love about OnePlus. On the left side lies the volume rockers. At the bottom of the phone lies a Type-C USB port, a hybrid SIM tray with no extra slot for memory expanding, and a speaker grille whereas at the top side lies the secondary mic for active noise cancellation.

The OnePlus 8T has a 6.55-inch AMOLED display with a resolution of 2400×1080, with a refresh rate of 120Hz. It has complete coverage of the color spaces of sRGB and DCI-P3 and also follows the content of HDR10, HDR10+, and HLG. A customizable 120Hz maximum refresh rate is also available for this screen. From the settings, you can choose either a locked 60Hz or a 120Hz variable. In 120Hz mode, when you avoid engaging with the touchscreen, the screen will turn from 120Hz to 60Hz regardless of whatever application you are in unless you use Dark mode or limit the brightness to below 50 percent. The screen resolution is 2400×1080 and in our use, it appeared amply sharp and crisp. In both cases, the overall brightness of 1,100 nits often renders it light enough to have. We did not have problems even in direct sunlight. The panel’s AMOLED structure allows for more vibrant graphics with high contrast levels and completely mottled blacks. Based on our testing the color profiles can also be adjusted in case you want a more subdued or saturated look. The color rendition seems to be on target as well. The experience of working on the screen is superb be it gaming or watching movies it all stands out to be amazing.

With OxygenOS 11 based on the latest Android 11, the OnePlus 8T is the first OnePlus phone to be launched. As it was launched last month, this also makes it the first new non-Google phone to debut with Android 11. The new OS11 offers various new features that you can explore.

The OnePlus 8T is powered by the same Snapdragon 865 chipset as the OnePlus 8 and 8 Pro chipsets. It also provides the same two options for memory, 8GB or 12GB of fast LPDDR4X. However, for computing, OnePlus has changed from the UFS 3.0 used on the OnePlus 8 series to the newer and faster UFS 3.1. The configuration of RAM and ROM which comes together is 8GB/128GB and 12GB/256GB respectively. The performance of the processor is undoubtedly very smooth with no glitches in any of the segments. Gaming was also quite fun. Together with the 240Hz contact sampling, the high refresh rate monitor lets any feedback sound instantaneous. The bigger screen flanked by the hi-fi speakers improves the gaming experience further. OnePlus 8T does not miss any chance to impress us with its performance. The games which we played ran in their highest settings with no lags. The touch response of the screen adds more fun while gaming. OnePlus 8T comes with a 5G modem so whenever in India the 5G will be released the phone will be able to use it.

The OnePlus 8T has the same camera setup as the OnePlus 8 to a large degree. The addition of a monochrome sensor is the biggest change here. OnePlus also provides the largest possible field of view of the ultra-wide camera. And if you’re curious what the second white lens next to the flash is, it’s a tracker to detect flickers. The phone has a quad-camera setup where the primary sensor is a 48MP Sony IMX586 sensor with an aperture of f/1.7 and OIS. The secondary sensor is a 16MP ultrawide lens with an aperture of f/2.2. The third sensor is a 5MP macro lens with an aperture of f/2.4 and the last sensor is a depth sensor if 2MP lens and has an aperture of f/2.4. The images captured by the OnePlus 8T were amazing as they maintained a proper level of color balance and accuracy. The 12MP default mode captures very fine detailed images. The contrast level of the images captured during the daytime was very good. There’s less post-processing for the full 48MP images. This at times gives them a somewhat more realistic look, especially in the way it captures fine detail and the pattern of noise. There is no dedicated zoom lens on the OnePlus 8T. On the camera, the 2x option and any subsequent zooming are all done digitally. In the 2x format, the camera shoots again in the sensor’s native resolution but then only crops a rectangle of 4000×3000 from the middle. This suggests that the 2x mode is not an optical zoom per se, since the pixels are yet to be upscaled. In terms of detail and resolution, images obtained in the 2x mode look almost identical to the native 48MP images, but have more localized exposure, white balance, and tone mapping. The OnePlus 8T now boasts a new 5MP macro sensor that has been improved compared to the OnePlus 8. The 5MP is something overall, is a better sensor, and more functional. A 2MP sensor is used in the monochrome camera. There is no color filter array over the sensor on this camera, so it is a very simple color blind. So far, this is similar to the monochrome cameras we have used on some other smartphones in the past and similar to some dedicated monochrome cameras as well. The images captured at night were very brilliant especially with the Night mode on. We found that the detailing at night was on point.

The selfie camera is 16MP with an aperture of f/2.4. The selfies captured possessed the essence of originality as they were very detailed and crisp. The Camera app has undergone a handful of OxygenOS 11 updates. The gallery button can now be pressed and kept and a new carousel of options for sharing the pictures or the video you compared to its previous generation smartphones and among the best lenses available in the premium segment in Android. The battery lasts a day with ease and is backed by a fast charger which has been a speciality on OnePlus since its inception. OnePlus 8T surely is a powerful phone but it also has some drawbacks like the absence of IP68 shot last shows. You can now capture images and videos in camera mode using Nightscape.

The OnePlus 8T is capable of capturing 1080p and 4K video on both the primary and ultra-wide cameras. 30fps and 60fps can be achieved by the main camera, although only 30fps can be achieved by the ultra-wide. When filming in 4K, you can also select a more cinematic 21:9 crop with any frame rates or lenses. There is no 24fps recording option, which would have been ideal for the 21:9 mode.

OnePlus 8T is powered by 4,500mAh battery power. When we tested the lasting capability the phone was able to last a whole day quite easily. The OnePlus 8T is the first smartphone from OnePlus to allow charging at 65W. The new Warp Charge 65 power adapter is Type-C to Type-C adapter. The charger rapidly charges the phones and in like 40-45 mins you get a full charge.

OnePlus 8T is probably the best smartphone ever produced by OnePlus. Everything seems so aesthetically designed which oozes beauty in feel and in sight. The gorgeous Aquamarine Green is the absolute crowd favourite, the back design curvature and the rounded edges around the rear camera module present a deadly combination. The super smooth display is a treat to watch. The OnePlus 8T uses the best available chipset in town with 5G support and it does not let you down even for a fraction of second. The cameras have much improved features as compared to its previous generation smartphones and among the best lenses available in the premium segment in Android. The battery lasts a day with ease and is backed by a fast charger which has been a speciality on OnePlus since its inception. OnePlus 8T surely is a powerful phone but it also has some drawbacks like the absence of IP68 ratings and sometimes too much smearing of the images. Beware! The phone is quite slippery due to its smoothness, so advised to use cover. OnePlus 8T is selling at Rs 42,999 for the 8GB/128GB, and for sure this is the best phone you can get at this price point in Android anywhere. 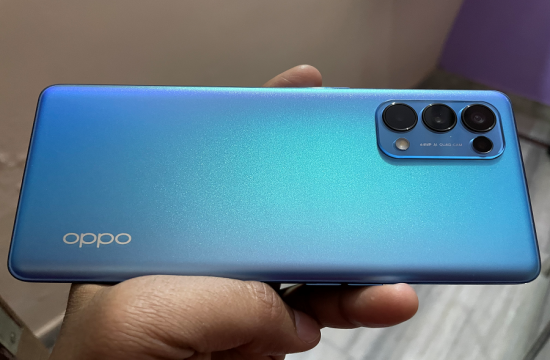 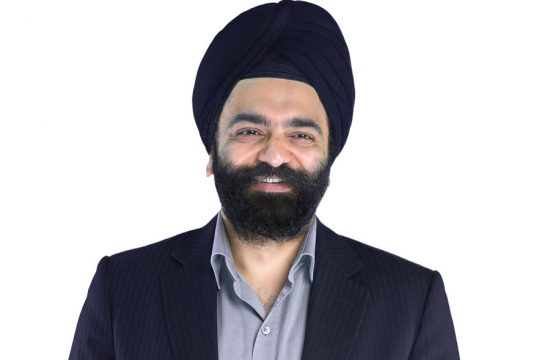 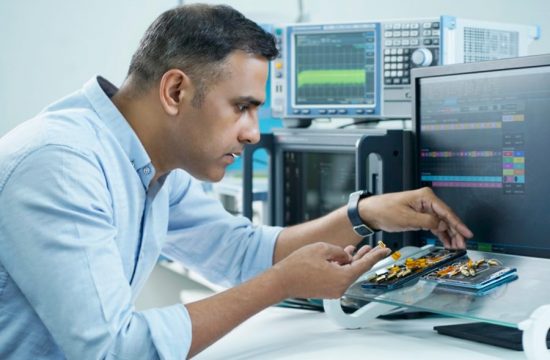 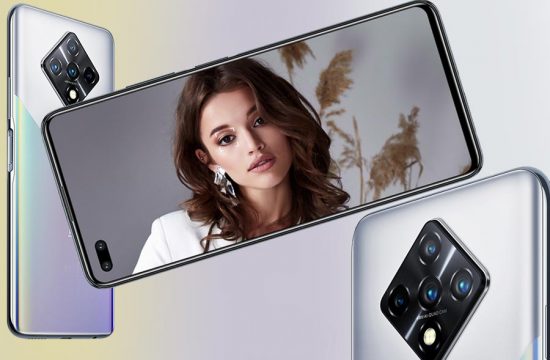