Huawei’s sub-brand Honor, which predominantly target youths has launched series of smartphones this year starting with 6X then moving to Honor 8 and Pro, Honor 9i and the previous being the 7X. Now, the Shenzhen based smartphone brand has unveiled the price of the smartphone which is Rs 29,999 in India in the mid end segment which is now being dominated by OnePlus. The Honor View 10 is boosts some high end Artificial Intelligence (AI) features. Below are some of the initial feedbacks from the device.

The new Honor View 10 is an eye catching smartphone because of its sleek body and attractive colour. It has bezel less design (18:9) which makes the device operative with one hand despite its big display size. The phone is available in two colour variants Navy Blue and Midnight Black. The device is undoubtedly light and there is no issue in carrying it or operating it.

Honor View 10 has impressive display size of 5.99 inch which provides a vast view of anything being displayed on the screen either you are playing any media or you are reviewing your shots captured by the camera. The phone with such a huge display gives the complete satisfaction of playing any game. It has a resolution of 1080×2160 pixels and aspect ratio of 18:9 which provides a complete thrilling display of anything being displayed on the phone.

The Honor View 10 is the first AI processor phone. It has Huawei Kirin 970 chipset which delivers stronger, faster and exciting smartphone experience. It possess built in Neural Network Processing Unit (NPU) which enables deep learning based on user behaviour. The new Honor View 10 has EMUI 8.0 which works together with the AI technology to understandhow you use your Honor View 10 and allocates resources by anticipating your behaviour. The AI processor enables the device to run smoothly even after continuous use of the device.

The new Honor View 10 has an impressive RAM to match the AI processor. The phone is carrying 6 GB RAM which can handle any multi task without even raising the phone temperature by 1 degree Celsius. Together with the AI processor the RAM guarantees you to have undisturbed experience while performing any task. The RAM supports all the games no matter what size they possess. The phone is packed with internal storage of 128 GB which is more than enough to store anything on the device and further it can be expanded with the help of microSD card.

The new Honor view 10 has something new to offer for the game addicted individual who doesn’t like any disturbance while indulged in gaming. The phone has game suite with intelligent optimization which enables smooth, seamless, speedy gaming experience. The phone’s uninterrupted gaming function doesn’t allows any unnecessary calls or messages to get in between when you are playing any game.

Honor view 10 allows you to capture images similar to that captured in a DSLR. The phone has combination of dual lens AI rear camera 20MP + 16 MP and faster focusing technology. The rear camera delivers sharp and clear images in every condition and the LED flash at the rear side helps you to capture clear images even at night. It has dual f/1.8 aperture and intelligent scene recognition which delivers incredible image quality even when you are shooting from far. The phone possesses intelligent photography algorithms and identifies 13 different types of scenes and objects. The new Honor View 10 has 13 megapixel AI selfie camera to deliver beautiful selfies at any occasion, place or lighting condition.  The phone also has motion detection and smart camera configuration.

Honor View 10 carries battery of 3,750mAh which is far beyond enough to let you fully utilise your device without the concern of charging it at regular occasion. It has 5/4.A Honor supercharge and to add to this it has smart power management to increase the efficiency of the battery.

The new Honor View 10 is going to shake the mid end segment with futuristic design, great looks, powerful processing, ambient optics and ample battery support.The pricing is going to be crucial for the competitors rather than Honor with features such as dual rear lenses (20MP+16MP), 13MP front shooter with 6GB of RAM. The Honor View 10 will be available via Amazon in India. 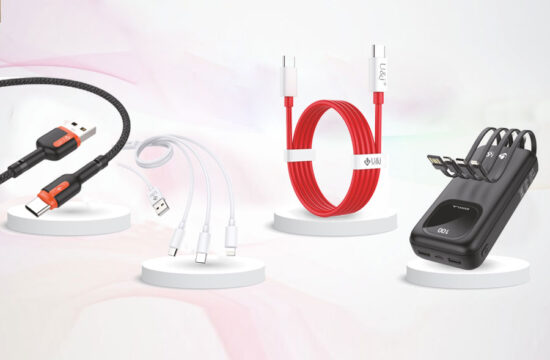 Switching from Android to iPhone?…