Infinix has officially teased its latest lineup, Zero 5G, in India. The company teased the device on Twitter and is the first 5G phone from Infinix. Here’s all that you need to know about it!

In an interview, Infinix India CEO Anish Kapoor confirmed that the company is working on its first 5G-enabled smartphone dubbed Infinix Zero 5G. 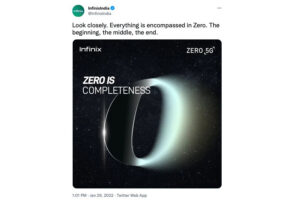 According to the sources, the Infinix Zero 5G will be powered by the Dimensity 900 processor, featuring a Uni-curve design. It also appears that the device will be launched in two colours, namely Black and Orange. The impression of the orange variant suggests it could be equipped with a leather back. Furthermore, the power button on the side could also be used as a fingerprint scanner. It will also feature a triple camera setup paired with two LED flash units.

The tease has revealed that the Infinix Zero 5G has a 6.67-inch OLED display, offering a Full HD+ resolution and a 120Hz refresh rate. For selfies, it may feature a front camera of 16MP,and its rear camera setup may comprise a 48MP primary camera, an ultrawide lens, and a telephoto snapper. 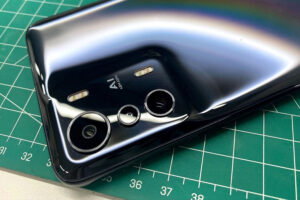 The display on Infinix Zero 5G features a punch-hole cut-out and will house dual-LED flashlights. Under the hood, it will sport the Dimensity 900 chipset and come paired with 8GB RAM and 128 GB internal storage. Furthermore, it may boast a massive battery of 5000mAh power, supporting 33W fast charging.

The device is expected to range between a sub of 20,000, supporting the Indian budget-friendly range. Additionally, now that the Indian division of the brand has its teased arrival, it appears that the Zero 5G may land in India in February.

Previous articleOppo Reno 7 Pro coming up with 5G flagship MediaTek Density 1200 MAX SoC: Know more about this collaboration
Next articleVivo T1 5G to launch in India on Feb. 9: It could be the fastest and slimmest 5G smartphone in sub-20K category