Gone are the days of traditional dating! The advent of technology has brought about a radical change in the dating culture of India. You can find the love of your life within a few clicks on your smartphone – install a good dating app, create an engaging profile, and get the ball rolling! Homegrown Aisle is one such high-intent dating app that measures its success by the number of relationships it enables. It’s designed exclusively for Indians keeping Indian sentiments in mind, and is the second most downloaded dating app in India. Able Joseph, Founder and CEO, Aisle, shares with Ramesh Kumar Raja the different facets of this match-making platform and how it’s setting the trend with regulatory framework in place. Excerpts:

Technology has given a new dimension to the dating culture across the world. How it’s playing a vital role in match-making?

Dating apps have changed how people think and approach social relationships and personal connections. Earlier the search for a life partner was limited to one’s network and meeting someone online, especially on a dating app was considered a taboo. But the advent of dating apps warmed up people to the concept of finding love online. Dating apps have provided people more freedom and liberty to choose a partner beyond their network and connect with people having a different worldview, something that earlier seemed impossible. 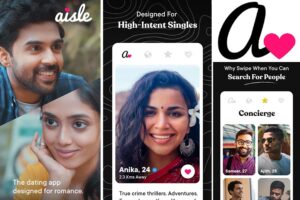 What makes Aisle different from other dating apps such as OkCupid, Tinder, Bumble, etc. available in the market?

Aisle is designed exclusively for Indians keeping Indian sentiments in mind. Profiles on Aisle have information such as Faith, Mother Tongue, etc which are important to most Indians when trying to find a life partner. We also don’t subscribe to the ‘swipe culture’ and hence users on Aisle cannot meaninglessly ‘swipe’ on faces, which brings in a lot of intent into the usage of the product.

The one thing singles are looking for on dating apps is to establish the intent of the user they have matched with. This is much harder on casual dating apps compared to other platforms. This is where Aisle stands out.

Aisle is a high-intent dating app that measures its success by the number of relationships it enables. We enable more relationships per 1000 users than any other dating app in India. We believe a good product can speak for itself, and as it goes Aisle’s CAGR over the last 3 years stands at 85%, all organically.

Can you please tell us about your most unique features?

Since its inception, Aisle has been a platform for users to build long-term meaningful relationships which is why we were well-positioned to adapt and respond to the new normal brought about by the pandemic. Within a few months of the first lockdown, we launched a new live-streaming feature called ‘Rooms’ for users to interact before matching. This feature allowed individuals to host a virtual ‘Room’ and begin an audio conversation with any other interested users after which the host could either choose to match or to pass. By the end of 2020, we introduced another feature ‘Aisle Concierge’ a premium service that allowed users to browse through a collection of handpicked potential matches all in one place without having to ‘Like’ or ‘Pass’ every profile. Aisle has always been a platform that empowers Indian singles to find long-term and meaningful relationships. Early in 2021, we launched the ‘Settle Down’ feature that allows users to gauge a potential partner’s timeline of settling down. This brings better clarity and users don’t have to second guess the intentions of people they are connecting with on the app.

We have also seen that a staggering proportion of the population in tier 2 and tier 3 cities is expressing their emotions and ideas through vernacular languages. Hence, we launched ‘Arike’, India’s first vernacular dating app for Malayalees residing in and out of India. The success of Arike, led us to the launch of ‘Anbe’ and ‘Neetho’ for Tamil and Telugu audiences, respectively.

How has been the response so far? How many downloads has it accumulated till date and what has been its retention rate?

Aisle is India’s second most downloaded dating app and the market leader in high-intent dating. Unlike casual ones, high-intent dating apps are customized for a certain demographic, have detailed profiles and track success stories as their measure of accomplishment. Aisle has been downloaded over 6,000,000 times from the App Store and the Play Store.

The response we have seen so far has been phenomenal. We also understand Indian sensitivities and know how regional influences play a role in choosing a partner. Keeping this in mind, we first launched ‘Arike’ for Malayalee audiences. Within 6 months of Arike’s launch, we introduced ‘Anbe’, a customised dating app for Tamil audiences. The total member base on our portfolio apps has now touched ~6.5 million. Recently, we launched ‘Neetho’ for Telugu singles. We plan to launch one more vernacular app by the end of year and truly want to bring customised regional dating to all parts of India. 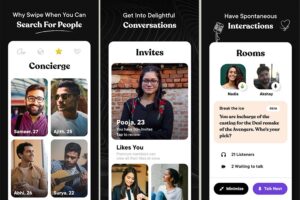 The COVID-19 pandemic must have been a blessing in disguise for Aisle. Can you please tell us about your experience in challenging times?

The pandemic not only brought the world to a screeching halt but also forced people to spend more of their lives online. Driven by isolation, boredom, and lack of social connections, both romantic and platonic, a lot of singles ultimately joined dating apps. As the lockdown extended, boredom turned into loneliness and the need for a partner became pronounced. Casual dating apps could not cater to this need because the intent of the users on such apps remained largely unestablished and the gamification of the process of finding a partner did not help either. Hence, making way for high-intent dating apps to be at the forefront.

At Aisle, we added 2 million users in 2020 alone. Even during the lockdown, matches per user increased by 20 per cent, and conversations by 12 per cent on our platform. Our users were spending more time on the app and were engaging in longer conversations with their matches. We also noticed a surge in the matches in tier 2 and tier 3 cities. In 2020, 45% of Aisle’s revenue came from tier 2 and tier 3 cities compared to 38% in 2019.

What is your monetisation model and how do you ensure the security of your data?

Aisle is a subscription-based matchmaking company. While our products are free, members can pay to avail of certain privileges via Aisle Premium, Aisle Concierge, and Boosts. With Aisle Premium, a user can send 5 Invites daily. Invites are a great way of reaching out to potential matches directly via a written note. Users with Aisle Premium can also see other members who’ve expressed interest in their profile, and set additional preferences so that the algorithm would suggest more relevant profiles, etc. Subscribing to Aisle Concierge allows a member to browse through thousands of curated profiles without having to Like or Pass each profile. This is our most sought-after subscription on Aisle. We also have a feature called Boost, which if enabled, will give better visibility to the profile for up to 3 days.

All our products are hosted on the best-in-class servers built and managed by leading companies like Amazon. We also hire ethical hackers every time we have a major feature release to look for bugs and ensure that the data of the users are protected.

Do you have any regulatory framework for the users to be disciplined on the platform?

Most Aisle users have a purpose as the intent of most users is established. We do not have the level of inappropriate behaviour like casual dating apps. Having said that, we have zero-tolerance policy for cyber-stalking, bullying and harassment of any kind. If a user is reported by multiple users, their account is automatically suspended until we review the requests.

How safe is your platform for women?

Women have always been at the forefront of high-intent dating. Since women take the lead, our focus from day one has been to create a community of people who maintain online dating etiquette. We give priority to women for deciding whom they want to connect with. At Aisle, women can initiate the conversations if they anonymously match with someone. Our numbers state that around 90% of the first messages between matches are sent by women. Women can also opt to Block and Report a member anonymously if they feel uncomfortable during the interaction. Aisle users who are verified can choose to hide their first name and display only their initial.

What is the future of dating apps in India?

According to a Google KPMG report, Indian language internet users are expected to grow at a CAGR of 18% to reach 536 million by 2021, while English users are expected to grow at only 3% reaching 199 million within the same period. The growing number of first-time internet users in tier 2 and 3 cities in India, in line with Digital India and affordable data, means that players leveraging regional audiences have massive growth potential to reach hundreds of millions of non-Hindi/English users. This is the future of dating apps in India. Apps that will focus on building customised experiences for people residing in ‘Bharat’. Dating apps will not just be a platform to meet people but also act as an enabler for long term relationships.

What is your future roadmap to be a dominant player in the dating space?

When Aisle started, our first 100 members were acquired simply by word of mouth. Fast forward to today, we still have many members, who found Aisle different from other dating apps, and recommend it to their friends and family. We value quality over quantity and so as a high-intent dating app, our focus is on community building. We want to break the language barrier of India and tap communities by building vernacular apps. We have launched three vernacular apps and plan to launch one more by the end of the year. As vernacular dating gains popularity, we will enter niche markets and geographic areas by customising apps for varied demographics.