48 and Above: The New Megapixel Trend

Cameras have become a key component in the phones so much so that it has given rise to a megapixel war amongst handset manufacturers to such an extent that the much-anticipated 108MP is reality now and 200MP camera on an upcoming Xiaomi smartphone is being eagerly awaited. The trend of offering megapixels as much as possible, has caught up in such a way that a phone with 16MP primary camera looks inferior and 48MP and above megapixel has become the new standard.

Who doesn’t want to look beautiful, especially in photos that remain with you for a very long time, sometimes forever? Perhaps, all! Everyone wants to give their best look to earn admiration from others. Similarly, no one wants to miss the moments of happiness or glory to be captured in a frame so that they could be preserved in an album or hanged in your drawing room or posted / shared on social media platforms. This possibly is the reason that cameras became a key component in the phones so much so that it gave rise to a megapixel war amongst handset manufacturers to such an extent that the much-anticipated 108MP is reality now and 200MP camera on a Xiaomi smartphone is being eagerly awaited.

The trend of offering megapixels as much as possible, has caught up in such a way that a phone with 16MP primary camera looks inferior and 48MP and above megapixel is the new standard, thanks to the evolution of AI and computational photography software that has enabled smartphone camera sensors to exceed the limitations of their physical size. 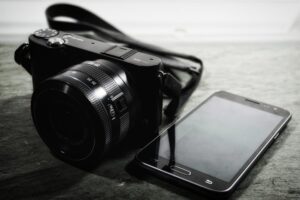 Findings say it all

According to Counterpoint’s Smartphone Camera Tracker, Q1 2021, the shipment share of 108MP jumped to over 3.4% in Q1 2021, primarily driven by the implementation of 0.8µm-pixel-based Samsung S5KHMX and S5KHM3 in the Xiaomi Mi 11 and Samsung Galaxy S21 Ultra. The more affordable 0.7µm-based S5KHM2 sensor will further push up the 108MP share with growing adoption by value-for-money models from Redmi, Honor and Realme.

The demand for 64MP continues to increase as it has become a sweet spot for the wholesale price band of $300-$499, finds the study. This resolution also expands its share in lower price segments like $200-$299 and even $100-$199, although the shift to 64MP from 48MP slows down due to the BoM cost increase, particularly in 5G smartphones.

Commenting on the shift towards higher megapixel counts, Alicia Gong, Research Analyst at Counterpoint, said, “With 5G capability spreading to lower price segments, the cost of a smartphone RF front-end subsystem alone has increased by 50% with additional frequency band support. The increase in bill of materials (BoM) cost, particularly for low-end to mid-end smartphones, had temporarily slowed down the resolution improvement in Q1 2021. However, the demand for high-resolution main cameras will continue to increase. The upward trend is expected to accelerate with the mass production of sub-7µm image sensors by the year end.”

The 50MP share temporarily declined primarily due to the decrease in Huawei’s premium smartphone shipments. However, we expect the share to return to growth from Q2 2021 as more Android brands start equipping their flagship models with big-pixel (1.2~1.4µm 50MP) and large-area image sensors, says Counterpoint.

With a good cost performance balance (0.7/0.8µm sensor alone costs $4-$5), 48MP is taking much of shipments across multiple price segments. Within the $100-$199 price band, the collective share of 48MP and 64MP reached 46% in Q1 2021. Both resolutions are becoming mainstream and will have a long-lasting impact on the rear camera design. 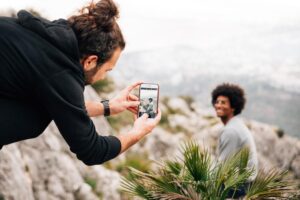 Interestingly, there is little room left for the 20MP-44MP zone and the proportion of 16MP also tends to decrease. The 13MP and 12MP still commanded the largest shipment share in Q1 2021 with 25.5% and 24.6% respectively. 12MP has a broad mix of offerings, and the 1.4~1.8µm 12MP-based rear primary cameras have been in great demand in mid-to-high smartphones (wholesale prices above $300). The proportion of the 8MP and below segment edged down to 6%, as demand for low-end smartphone (wholesale prices below $100) rear cameras continued migrating to 1.22/1.25µm 12MP or 1.12µm 13MP.

Like primary sensor or the rear-facing camera system, the resolution of the front-facing camera is also improving continuously to shoot super-clear selfie images. In Q1 2021, the collective share of 20MP and above resolutions was back above 20%, and the high demand will continue with widespread adoption across multiple price segments.

The trend is expected to accelerate on the back of advancing pixel technologies. In June 2021, Samsung released the world’s first sub-7µm (0.64µm) pixels-based 50MP image sensor, ISOCELL JN1, with a 1/2.76-inch optical format. The sensor can fit in small head cameras. “The new ISOCELL JN1 at 0.64?m will be able to equip tomorrow’s sleekest smartphones with ultra-high resolution mobile photographs,” says Duckhyun Chang, executive vice president of the sensor business at Samsung Electronics. “As we drive our commitment to innovation in pixel technologies, we will continue to bring a wide range of mobile image sensor offerings to the market,” adds Chang.

In Q1 2021, the collective share of 10MP-13MP was almost flat at 24.4% compared to the previous quarter. It was backed by strong sales of the Apple iPhone 12 series, Xiaomi Redmi and Samsung Galaxy models across multiple price bands. As the volume of 12MP front cameras is heavily dependent on Apple’s performance, a V-shaped trajectory of share change is expected through 2021, with the forthcoming Apple launches likely to stick to the resolution.

The collective share of 8MP and below slightly increased to 42.4% in Q1 2021, up around 1 percentage point from Q4 2020. 8MP alone accounted for 23.7% of total volume and remained the most adopted resolution for front camera design in terms of smartphone shipments.

Moving forward, the share of 16MP and above resolution will further increase and the demand for low pixel sensors (?8MP) will gradually decrease, finds the study.

So what is pushing the frontiers of megapixel innovations? The rising popularity of video content creation and consumption has led to an increased demand for professional-level video quality to shoot bright and clear videos. This trend is expected to grow even further and provides the smartphone industry with an opportunity to innovate in hardware and software. The lockdown has led more and more individuals to follow their passion, and even share their stories via social formats like Reels to stay motivated, positive and connected. 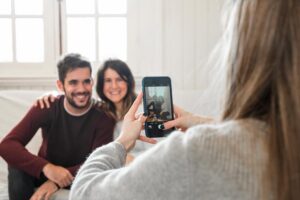 To elevate the customer experience, camera quality and capabilities are getting better day by day. “With the newly-launched Reno 6 series, Oppo has set a new benchmark for smartphone camera performance from photo to video, pertaining to the rising trends of video content being the new way of storytelling. Using computational photography techniques, the Reno 6 series breaks through the limitations of mobile phone hardware to achieve an unprecedented level of video enhancement. Now, moving from the megapixel aspect, the future is a lot about video storytelling and with using computational photography techniques that magnifies the growth of smartphone photography and videography era, matching professional level quality,” says Kaushal Prakash Sharma.

Arijeet Talapatra, CEO of Transsion India, says, “Tecno’s mantra has been to disrupt the smartphone industry by introducing premium features at disruptive price points in the segment which we operate in. The camera-centric Camon smartphones have consistently changed the game for smartphone photography by initiating an era of higher camera pixels, premium AI powered Ultra Night lenses and pop-up cameras. Today, the 48MP camera lens that has also become the new-normal for mid-budget smartphones, persists to enhance the smartphone photography and videography experience of the category consumers.”

Talking about the ongoing megapixel innovations that are catching everyone’s attention nowadays, Krishna SinhaChaudhury, Senior Manager – Research at techARC, says, “The camera remains the hero element in smartphones with several OEMs trying to take the lead in upping the camera sensor game. Chinese handset makers like Realme, Oppo, Huawei and South Korean behemoth Samsung were at the forefront of introducing quad-cam and penta-cam smartphones. However, a higher megapixel count doesn’t translate into impressive photography which Google’s Pixel lineup proves. Also, people are becoming aware of this fact now. Moreover, camera sensor size is more important than the megapixel count when it comes to improving imaging quality.”

“At Oppo, we believe that the next frontier of digital photography would be found in a concept called computational photography rather than battling over megapixels. Using portrait mode, taking photos in the dark, better exposed images in tricky lighting conditions, inserting augmented reality elements, combining multiple frames to improve depth etc. are some of the demandingly computational features built into modern smartphones. Computational photography helps in mastering every single shot and with continuous R&D, Oppo has been able to offer these capabilities in their smartphone cameras,” says Sharma.

Oppo claims to have worked diligently towards creating a portrait video database with over 10 million data points covering different people in different situations and training its recognition algorithm tens of thousands of times. “Such breakthroughs in computational photography have now been brought to life with the new Bokeh Flare Portrait Video feature on the latest Reno 6 Pro, making it the first smartphone series to achieve cinematic bokeh using computational photography techniques,” reveals the Camera R&D Division Head of Oppo India.

“In line with the brand’s philosophy of ‘Stop at Nothing’, Tecno will continue to deliver innovative products of sensory excellence for the Indian consumers, which has also helped the brand to consolidate its position among the top 5 handset players in the sub-10K segment in India. We will continue to uphold our commitment to create real value for our consumers and aim to consolidate our position above the 10K segment as well,” asserts Talapatra.

Over the last few years, there has been an increased focus on visual storytelling through images and videos and hence, having a powerful camera has become a key purchase consideration pointer. With the increase in video consumption now, smartphones have been replacing professional cameras; consumers and new-age content creators are focusing on bringing that cinematic effect to their videos and photos through their smartphones. “This has been the driving force behind our recent advancements in smartphone video technology. To achieve this type of premium video quality, having an extremely powerful smartphone hardware, is not enough. But we also need to make use of some clever computational photography tricks,” says Sharma.

So what effect this megapixel war has on consumers? Krishna SinhaChaudhury says, “Smartphone OEMs will continue to innovate in the megapixel and sensor segment as innovation on other fronts has almost hit saturation. Currently, it is only Samsung that makes the whopping 108-megapixel camera sensor. The Realme 8 Pro is the cheapest phone that offers a 108-megapixel camera smartphone. More smartphone makers are expected to squeeze in the technology in affordable devices in the days to come.”